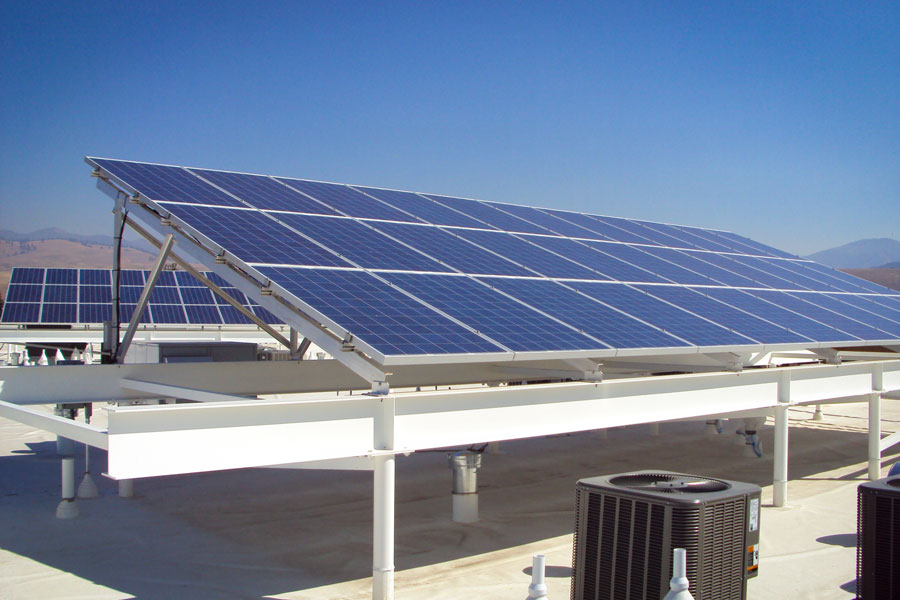 The state quadrupled its solar energy production over the past year, according to an announcement by Lt. Gov Mike Cooney on Friday.

“It’s an incredible honor to announce Montana has not only doubled our solar production much earlier than expected, we’ve quadrupled it in a single year,” he said.

There are 373,807 solar jobs as of 2016 in the United States. The solar industry employs more people than coal, natural gas, wind or nuclear sources.

The announcement was made at the Lewis and Clark Library in Helena, which installed a 50kW rooftop solar array earlier this year.

John Finn, library director, said adding the solar array, which was accomplished with funds from a host of donors, is about providing an opportunity for the community to learn about solar energy. The panels are visible and attract attention on purpose, he said. The cost savings are an added benefit and have saved the library $3,000 since April. Finn said the library is in the process of planning small solar projects at the library’s branches in Lincoln and Augusta.

“I know growth of an industry takes vision,” Henry Dykema, president of MREA, said of the administration’s work on promoting solar.

The announcement was ahead of the 7th annual Montana Clean Energy Fair, which starts at 9 a.m. Saturday in Pioneer Park. In addition to a 5k Sun Run, exhibits by clean energy businesses in the state will provide people with an opportunity to learn more about solar. There will be workshops on solar and wind, an electric car show and activities for kids. Admission to the fair is free.